Leading the Way Toward a Walkable Future

Earlier this week, I had the pleasure of attending a joint symposium, hosted by The George Washington University and The Urban Land Institute. The topic of the event centered around how the trend towards creating walkable urban places can impact real estate development in our area. 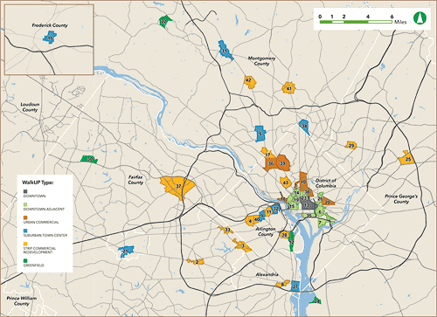 I’m not a real estate professional. I don’t even own a home. Yet, I still found the day incredibly fascinating. Whether you realize it or not, by living, working and playing in Arlington, you are part of one of the country’s leading models of walkable urbanism. Arlington’s careful planning of its Urban Villages has contributed to a culture of transit oriented development – we simply get the most out of our infrastructure by being able to live and work close to local transit options. Arlington’s commitment to creating pedestrian and bike friendly streets further supports this concept.

You may be surprised to hear it – but we are a model for the rest of the country. The circumstances and demographics that previously favored suburban sprawl are beginning to fall back. What used to be a niche market, walkable urban development will be seen as the market of the future. New trends are seeing individuals seeking to live in environments that offer the option to walk to nearby amenities, and rely less on the automobile. Employers are starting to pick up this trend as well, as more and more major employers are moving their offices to downtowns and transit oriented areas.

In the research released during the symposium, Christopher Leinberger, a Brookings Institute Fellow, classifies areas like Clarendon and Ballston as ‘suburban town centers’ – two examples of 43 total ‘WalkUps’ (Walkable Urban Places) in the DC Metro area. Surprisingly, these areas only comprise less than 1% of the amount of land in the region, yet 34% of jobs are located here. And, many expect that trend to continue. More and more, businesses are locating in walkable urban areas, and people are wanting to live there. 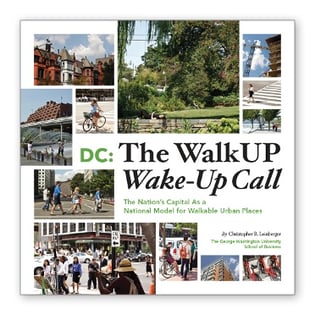 Among these 43 ‘WalkUps’, there are some surprises – places like Tyson’s Corner and Bailey’s Crossroads, which we don’t traditionally think of as walkable. Yet, they have walkable aspirations, and are looking to capitalize on incoming transportation infrastructure (Metro's Silver Line and the Columbia Pike Streetcar) to re-think the orientation and land-use of the area.

One important distinction presented at the symposium is that we should not to think of areas in terms of urban vs. suburban. Rather, we should view places as auto-oriented vs. transit-oriented. A transit-oriented, walkable urban space doesn't necessarily have to be located in a downtown - it can provide walkable amenities in an outlying area, while still providing connectivity to the rest of the metro via public transportation options.

The research further goes on to rank each of the 43 Walkups based on their walkable characteristics. In Arlington, Virginia Square leads the way, with a ranking of “Gold”, based on its high WalkScore. Our other urban villages fall under the “Silver” and “Copper” categories. Also of note, Courthouse and Rosslyn both receive 'Platinum' rankings for their social equity characteristics, including low unemployment rates, affordable housing opportunities and regional transit accessibility.

Now that we know how well Arlington and the Washington, DC region perform, it will be interesting to see further research that compares these characteristics to other metropolitan areas. Is this trend toward walkable urban places a nationwide one? Or does our region simply have a favorable mix of demographics, low unemployment and transit infrastructure? Time will tell, but for now, Arlington is leading the way.

For more information on the report, "DC: The WalkUP Wake-Up Call", click here.