Elizabeth A. Denton
Twitter
August 26, 2013 Elizabeth A. Denton is a former Business Development Manager at Arlington Transportation Partners.
SHARE
Facebook Twitter LinkedIn
ATP TAKEAWAY: If your commute is “killing you,” consider switching up the way you commute by trying one of ATP's recommendations.

In the newest Prevention magazine issue, a reader wrote in to ask Dr. Pamela Peeke, MD, MPH, what to do about her commute, saying it’s “killing me.” Dr. Peeke, the emotional health expert of the magazine and an assistant clinical professor of medicine at the University 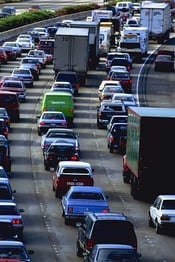 Of Maryland School Of Medicine, replied that the writer has three options: embrace the commute, quit the job, or move closer to work. Dr. Peeke then goes on to detail some ways to “adapt and adjust” thinking to make the commute more pleasurable. These include reframing the commute as “me time,” sing while driving, embrace cruise control, find a gym on the reader’s commute route to get some exercise, and to quit the job, because perhaps it is the job itself the reader resents.

Although I think that considering one’s commute as “me time” is a great idea that I always promote, the rest of the ideas are not very helpful, or downright impractical. Telling people to quit their jobs is not the best way to help them deal with a bad commute! There are so many other ways.

The reader’s hometown is listed as Palm, PA, and a quick search on MapQuest shows that Palm is near several cities, including Allentown, PA, and Trenton, NJ. The reader didn’t say what her 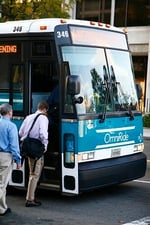 destination is, but it’s fairly safe to assume that driving into a denser area means some level of traffic congestion. Since none of us can solve that issue, let’s look at some other ways around a terrible commute. The first, most obvious answer, is “get out of the car.” There are plenty of ways to commute that leave the driving to someone else, giving passengers plenty of “me time”: reading, knitting, crossword puzzles, sleep… It’s just a matter of finding the right option.

1. Consider rail travel. There probably isn’t a subway system connecting Palm to anything else, and maybe not even a reasonable regional train such as Amtrak. SEPTA, the Southeastern Pennsylvania Transportation Authority, might have some options, but maybe not. So we can rule out trading the car for a subway ride.

2. Consider buses. There might be bus options, especially commuter bus options. SEPTA might have suggestions, so checking out that website might be a good place to start as well. Even driving to a park-and-ride lot then getting on a comfortable motorcoach for the majority of the ride gives peak commuters a more relaxing trip to work.

3. Getting exercise while traveling to work is the ultimate in multitasking! Biking or walking is most likely out of the question, although both would negate the need for a gym. But even walking to a subway or bus provides enough exercise to feel invigorated and more mentally alert. 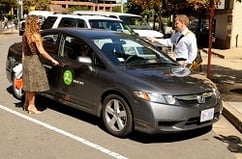 4. Think about carpool or vanpool. This is probably the best option. Employers often have access to ridesharing programs, and promote them within the office. Signing up for a carpool or vanpool frequently means someone else is driving, getting to use high-occupancy vehicle lanes on highways, and priority parking in many office building parking lots.

5. Find a way around driving the entire way to work. Even assuming the reader has children who need to be taken to school or daycare, then an option to go around driving the entire way would be to drop off the kids, then drive to a park-and-ride lot. It might mean shuffling the morning routine, and a period of adjustment while adapting to new routes, but in the long run, the payoff will be worth it.

Commute options that do not include driving lead to improved mental and physical health, regardless of the mode chosen. Adapting and adjusting to a new commute mode could be just what is needed for this commuter! In the Arlington area, ATP offers plenty of resources and assistance to commuters to help them figure out all their transportation options - contact us today to learn more about our customized services and start exploring new commute modes for your trip to work!