For the third post in ATP’s “What’s The Difference?” blog series, we wanted to bring it back to one of the hot transportation topics of 2014: on-demand taxi services such as Uber, Lyft, Sidecar and similar companies that are growing in popularity. 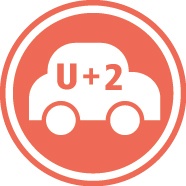 There’s no denying that these companies are meeting a need for urban residents and workers – users can get a low-cost, door to door ride using their smartphones, without needing to open their wallet for cash or a credit card. However, despite the widely discussed benefits and popularity (see here and here for example), it’s quite misleading when companies and the media call these types of on-demand services “ridesharing”.

As discussed in a Mobility Lab blog post earlier this year, the purpose of ridesharing is to reduce single occupancy vehicle trips, and is defined as “people sharing rides to their destinations through organized carpool and vanpool programs whose users typically share the costs of those rides.” In fact, our most recent “What’s The Difference” post actually compares at the two main forms of ridesharing, carpools and vanpools. However, through services such as Uber and Lyft, users are not sharing costs with the driver, but rather, customers are able to hail a ride using their smartphones, with the driver and parent company earning a profit.

You might think, who cares what we call it, why does it matter? 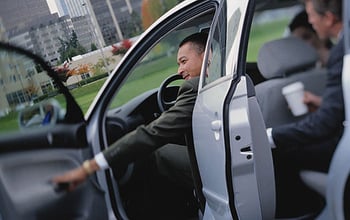 As previously mentioned by Mobility Lab, calling these services “ridesharing” might cause confusion for both Uber/Lyft customers as well as carpoolers and vanpoolers. In addition, this confusion may lead to more serious implications for local and non-profit organizations who depend on federal and state funding to provide carpool and vanpool services for commuters.

As these new technologies and on-demand taxi services become more popular and prevalent, governments have begun to try and pass legislation to regulate how these companies can operate. When the term “rideshare” is used in the regulations, it can ultimately affect the millions of commuters who are ridesharing for their trip to and from work.

To sum it up, ridesharing and on-demand taxi services can fill large gaps in the transportation network and provide additional, low-cost options for getting around. However, the Ubers and Lyfts of the world operate very differently from rideshare services and therefore should not be defined as such.

Personally, “Uber” has become somewhat of a verb in my group of friends, i.e. “I’m going to Uber to the restaurant”, “Are you Ubering there?” What do you call getting rides from companies like Uber and Lyft? Let us know!