Jonathan Boldes
Twitter
March 1, 2016 Jonathan Boldes is a former Senior Business Development Manager at Arlington Transportation Partners.
SHARE
Facebook Twitter LinkedIn
ATP TAKEAWAY: Slugging is a form of commuting that has existed for more than four decades and helps people get to work at little to no cost every single day.

Slugging? Slugs? Slug lines? You’ve probably heard of it but don’t know much about it other than seeing long lines of people waiting in unassuming places.

Fine, then what is slugging?

Slugging is just one more way for people to get to and from work quickly and efficiently by ridesharing. Drivers pick up riders so they can access the high-occupancy vehicle (HOV) lanes while riders get a free ride to work (yes, free, we aren’t joking) for providing HOV access to the driver. It was originally a response to the creation of HOV requirements back in the 1970’s. People began picking up fellow commuters to qualify for the newly sanctioned HOV requirements. The activity still continues to this day and the Pentagon parking lot even has designated “slug” locations for people to line up for their commute home. 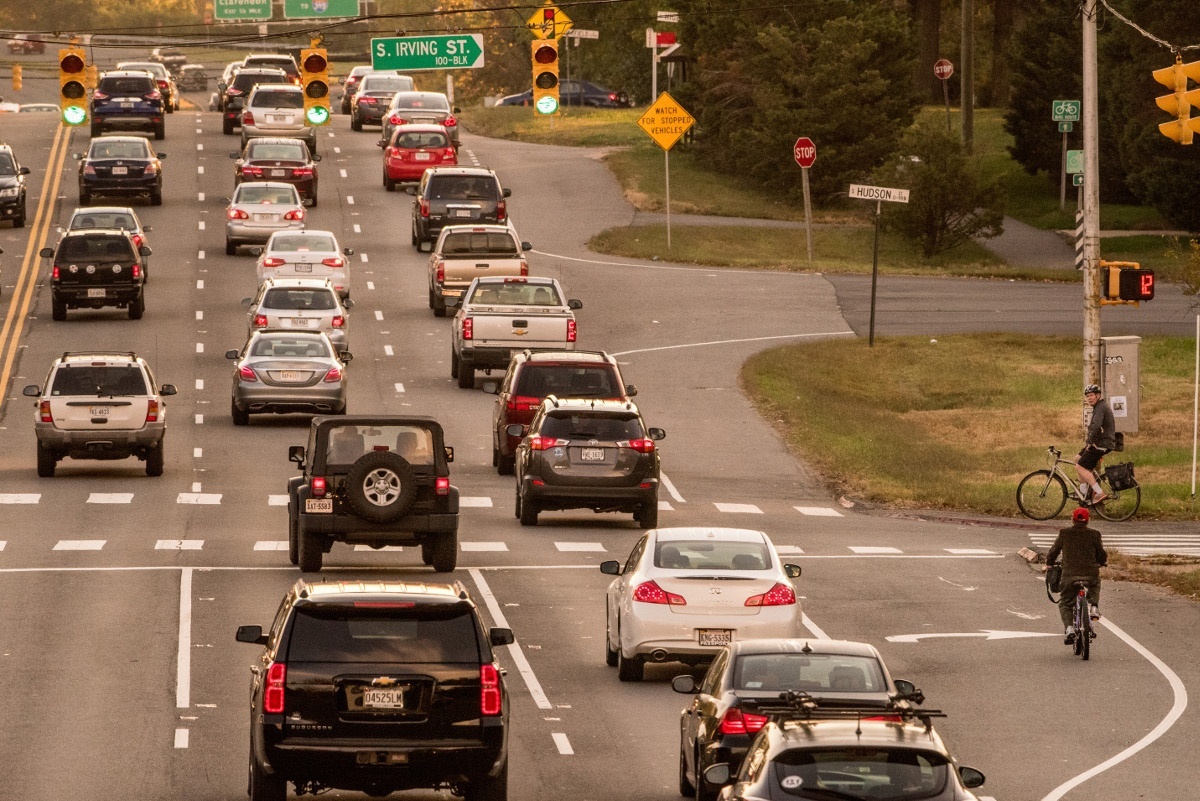 What is the origin of the word “slug"?

No, the term does not refer to the slimy creature or as a painful metaphor to the slow speeds of traffic on I-395. Rather, the term “slug” is derived from fake tokens people used to use to avoid paying for the bus. Some of the earliest slug lines formed near bus stops where bus riders would often be confused with people waiting in lines for cars to ride in, rather than the bus. Thus the driver referred to the fake riders as “slugs.”

This sounds great, but I have some questions…

We did, too! That’s why we spoke to someone who has slugged for more than 20 years. Our interviewee, Janet, works at a non-profit in Crystal City and has been commuting to the area from Woodbridge, Virginia since 1989.

Q: How did you get started slugging?
A: Wow, it’s been a long time. I was in a carpool when I first moved to Woodbridge from Alexandria in 1989. At that time you had to have 4 passengers to ride in the HOV lanes. This was way before there were separate lanes for HOV riders (the left lane was designated as HOV but a lot of drivers cheated back then). Even though we had 5 people in our carpool, due to TDYs, vacations and sick days, there were times when we had to pick up an extra rider or “slug.”

Q: Were you nervous? If so, how did you overcome that barrier?
A: Since I was in a carpool and we usually only had to pick up one extra slug back then, I was never nervous. Over the years my co-workers retired and other members of our carpool were transferred. At that point, I had to decide if I was going to try to form another carpool or slug. The thing any first-time slugger needs to remember is that you never have to ride with someone you don’t feel comfortable getting in a car with.

Q: What are some easy slugging etiquette/rules for newbies to remember?
A: The number one rule in slugging is the etiquette of filling the car with riders:

Beyond that, riders often walk with a sign where they are slugging to help drivers find slugs heading to their location. Slug riders should not use a cellphone without asking the driver and the conversation shouldn’t be more than a few minutes long. As a driver do not text and drive or talk on the phone unless it is absolutely necessary. If slugs are listening to their own music with earbuds, they should keep the volume to where only they can hear their music. Basically, treat slugging with the same respect and etiquette as other public transportation options.

Q: Do you recommend it for everyone?
A: No, I do not recommend slugging for everyone. Many people like to do their own thing when they head in to work and slugging requires you keep your fellow rider in mind. One key note, drivers have the most authority and get to choose what radio station or music is played during the ride.

Q: What's your favorite part about slugging? Why do you prefer it over driving alone?
A: Not having to pay to ride in the HOT or HOV lanes is my motivator. Plus, it cuts the length of my drive from over an hour to about 30 minutes. However, I have also met some really wonderful people through slugging. We share stories and get input on everything from restaurants to the best movies.

Q: Mind sharing some of your favorite stories?
A: Last year when my daughter was participating in a food drive for Action in the Community Through Service (ACTS), one of my regular riders gave me a $10 contribution to buy canned goods. I wanted to make sure I got the most bang for the buck and I found a sale where her donation purchased around 20 cans of food.

A few months ago I had to go over to the Pentagon to pick up riders. There was a very nice lady and gentleman who got in my vehicle and the lady asked if I could take one more rider. I said, "Sure," and commented it was nice of her to look out for her fellow riders...that we have to watch out for one another.

The next day when picking up riders, one of them noticed a cell phone in my backseat and I realized it likely belonged to one of my slugs from the previous day. Unfortunately, the battery was dead in her phone so I waited to get home and charge it. After a few different attempts to contact the person, I realized that Slug-Lines.com might have a Lost & Found section – Bingo! Turns out the person had posted about her missing phone and we connected soon after to make sure it was returned.

Q: Thanks for the insider’s knowledge!
A: Of course! If you haven’t tried slugging you should give it a try. See you in the slug lines!

Do you have a great commuting story? We want to hear from you. Email solutions@transpartners.com.