Keara Mehlert
Twitter
January 14, 2014 Keara Mehlert is a former Property & Development Services Program Director at Arlington Transportation Partners.
SHARE
Facebook Twitter LinkedIn
ATP TAKEAWAY: WMATA has had a busy first couple of weeks this month, as they announced some exciting and interesting new developments that will have a direct impact on Metro customers down the road.

Last week’s polar vortex issues aside, WMATA has had a busy first couple of weeks this month, as they announced some exciting and interesting new developments that will have a direct impact on Metro customers down the road. In case you missed them, check out the details of these changes below! 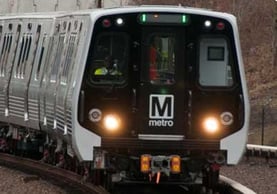 hs. The new cars, which Metro hopes will be able to be put into service by December of this year, have a completely different look from the current fleet, and will provide an improved rider experience for Metro customers. In addition to a new design (gone is the signature brown stripe on the exterior), the cars will feature digital signage, non-carpet flooring, ergonomic seats, as well as more standing room for passengers. While the new cars are expected to begin service at the end of the year, Metro also plans to replace the oldest fleet, the 1000 series, with the new cars by 2017.

changes including an online survey and several local public meetings. The 2015 budget would invest $3 billion to improve the current operations of the transit system, as well as capital improvement projects such as safety enhancements, fleet replacement and expansion, technology upgrades, and maintenance programs. The proposed fare changes would include a 4% increase for fares on Metrorail, as well as a 25-cent increase on regular bus fares and base parking fees. You can give your feedback and opinions on these proposals through the online survey here, or at one of the public meetings taking place at the end of January/beginning of February. For Arlington residents and employees, there will be a hearing at the Arlington Central Library in Ballston on February 5th starting at 6pm. These are great opportunities to make your voice heard as well as have an impact on your commute and transit experiences!

What do you think about these new developments from WMATA?