Biking in Amsterdam: Living and Loving the Ride 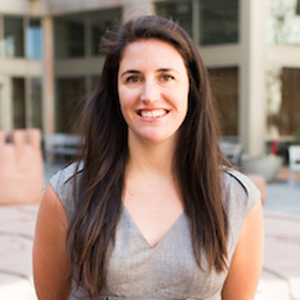 Sheila McGraw
Twitter
October 21, 2016 Sheila McGraw is the Property & Development Services Program Manager at Arlington Transportation Partners and has been living car-free since 2012. Having lived in Amsterdam, the city of bikes, she loves to get out and ride and combine her bike trips with other forms of transportation in multi-modal trips.
SHARE
Facebook Twitter LinkedIn
ATP Takeaway: Amsterdam isn't called the City of Bikes for nothing. The integral role of biking in everyday culture and its prioritization in policies have made it possible for this to be true.

In larger towns and cities in the Netherlands, cyclists reach their destination 10% faster than car drivers. Combine this with the fact that it’s cheaper, healthier, faster and more enjoyable, you can begin to understand why there are more bikes than people in what some refer to as the City of Bikes.

Living in Amsterdam for the past two years, my bicycle was my lifeline. It was how I got to work and picked up my groceries; but more than a utilitarian tool, my bike afforded me enormous amounts of joy and laughter. It was how I connected with friends, as we rode alongside or on the back of each other’s bikes, chatting or laughing so hard that we swerved.

Riding along the cobbled streets ignited and stimulated all of my senses. It was my time during the day when I was free; free to think about my last meeting, a new dinner recipe or simply nothing at all.

In Amsterdam and around the world, bikes are not really about bikes. They are about people. They are the tool by which people get to the places they need and want to go. They are a means to connect with others, both during and after a ride.

Originally from the San Francisco Bay Area, I first went to Amsterdam as part of a sustainable bicycle transportation course during my undergraduate studies and immediately fell in love after stepping out of central station into a sea of cyclists.

I vowed to come back and returned in 2014, to pursue my master’s degree in Urban and Regional Planning at the University of Amsterdam. During my two years there, my bike was my freedom. I was completely reliant on my traditional second-hand omafiets (grandma bike) whose brand had been lost under shoddy paint jobs..

When people ask me how Amsterdam has become the best city for cyclists, I respond that the answer is complicated. It comes down to a continued public outcry and the work of dedicated civil servants who have really prioritized this mode.

An example of this phenomenon is the fact that when it snows, the city has a policy of clearing and treating bike paths first, prioritizing that mode of transportation.  This simple policy has a compounding effect that when combined with other bike-centered policies makes the bike the most reliable form of transportation.

As one of the best places to bike in the world, I am excited to share the wonders that everyday cycling can do for people and for a city. Having lived and learned in a place that has prioritized active transportation and created a human-centered city that promotes healthy and happy lifestyles, I can’t wait to share and promote everything that I have learned as part of Arlington Transportation Partners.