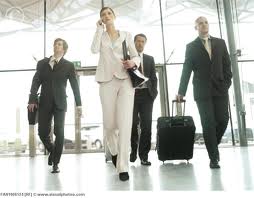 Recently I came across this article included in the TransportationNation.org newsletter and it sparked an interest. The article talks about how Manhattan is the number one destination for super commuters. A super commuter is defined by Professor Mitchell Moss of New York University as “men and women who work in a city far from where they reside—often 100 miles away or more” (BloombergBusiness Week, 2/23/12). Super commuters are often flying between home and work; over a span of hundreds of miles or possibly even cross country. Their weeks consist of flying to work on Monday morning then home on Thursday evening or a Tuesday-Thursday schedule. They are paying for living spaces in both areas and often utilizing many modes of transportation throughout the week consisting of driving, train, bus, commuter rail, biking and walking. Due to technology like skype, hyper-connected smart phones, and much more, super commuters are never that far away from neither home/family nor work even though they are geographically 100 of miles away from each other.

As we began to discuss in the office about whether we would or wouldn’t engage in such commuting I began to wonder how many people would do this, how much carbon emission super commuters create compared to “regular commuters,” and what the price tag for doing something like this would be in the Washington DC area. So below is what I found, as images of a house in South Florida began to dance in my head.

The elements above are just a snap shot at comparing super commuters with what has been coined in this post as “regular commuters.” The time elements do not account for delays in transportation modes and the money elements do not contain average living expenses like utilities, food, and general cost of living. The general costs don’t seem to be as outrageous as originally thought, though you would require a hefty salary to support this lifestyle. The fact that the pounds of CO2 created are tremendous compared to regular commuters I think that alone would deter many people. However, according to the Bloomberg Business week article cited above there are approximately “1.15 million such people living in 10 large U.S. metro areas—and their numbers are growing.” So with all this being said would you super commute? Answer the poll below and see how your answer stacks up.

Cheryl O'Connor is a Program Manager at Arlington Transportation Partners.