Arlington Transportation Partners
Home >> Blog >> One Year of I-66 Tolls

Fadi Seikaly
Twitter
December 3, 2018 Fadi is the Marketing Director at The Destination Sales & Marketing Group. He avidly consumes podcasts during his Metro commute. Car free for almost 10 years, he enjoys running outside and biking around Pentagon City and Crystal City during his free time.
SHARE
Facebook Twitter LinkedIn
ATP Takeaway: It’s been a year since dynamic tolls went into effect on I-66. We take a look at the improvements, the upcoming changes, and most importantly, your commute options.

Year one of the Transform 66: Inside the Beltway project, to add dynamic tolling to the I-66 corridor, is behind us. But the work continues, with the goals of reducing congestion, increasing travel speeds, improving transit options, and transforming commutes for the better. We take a look at some of the highlights of the past year as well as upcoming projects for year two. 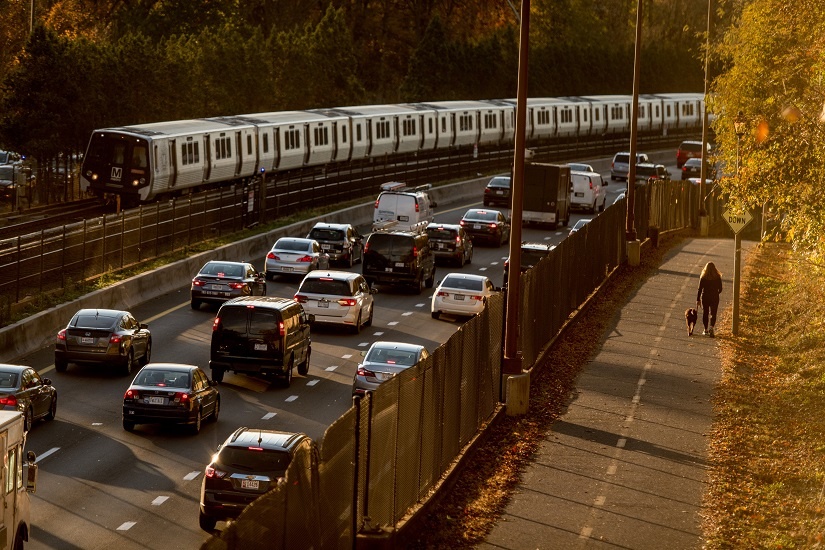 The Year in Review

In 2018, the Transform 66 project moved more people through the corridor, increased options for residents around the I-66 area, improved transit service, and reduced overall congestion. The 10 multimodal projects across the corridor have highly contributed to these results.

The Northern Virginia Transportation Commission (NVTC) has extended funding for these projects and more into FY2019 to continue to positively impact the region through its next phase of growth. In addition to projects already underway, NVTC has identified the following as major projects for FY2019:

Download the I-66 Commuter Choice Annual Report to find out more.

According to VDOT’s monthly reports, travel speeds have been steadily increasing month to month. In August 2018, speeds on I-66 averaged 56.2 miles per hour, compared to 52.7 miles per hour for the same time period in 2017. Furthermore, throughout the first six months of active tolls, 43% of trips used E-ZPass Flex and avoided paying the tolls, enjoying a faster commute and free use of the express lanes.

While these numbers are encouraging, the work is not yet done. As the project to transform the corridor moves forward, the goals remain the same: Move more people along the corridor, reduce roadway congestion, increase travel options, enhance transportation connectivity, and improve transit service.

As we move into year two of the Inside the Beltway project, it’s worth rethinking the long commute. If you’re looking for ways to avoid the dynamic tolls and take advantage of the new incentives, but don’t know where to start, you can contact us to request a new commute.

If your business or property is ready to help your employees or residents travel I-66, download our I-66 Incentives Guide to better understand how you can positively impact commutes.